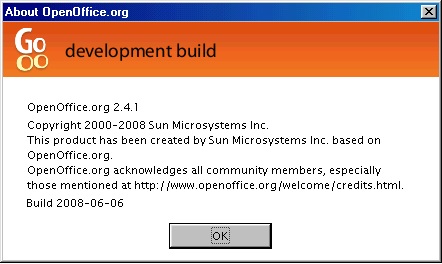 On my old but trusted Windows 98 laptop, which is used mostly for DOS and early Windows games, there is an occasional need to view Office 2007 documents such as DOCX. The last version of Microsoft Office that supports Windows 98 is Office XP, which is supported by Microsoft Office Compatibility Pack, also know as File Format Converter. Because the compatibility pack refused to install on Windows 98, I extracted the MSI from the setup files using 7Zip and use ORCA to modify the installer to remove the OS version check. With this, the compatibility pack installed successfully but attempting to open any .DOCX documents will result in raw binary contents being displayed in the Microsoft Word window. I concluded that Microsoft Office was not the solution and proceeded to find better alternatives.

The first choice is Open Office. It is known that Open Office only began supporting Office 2007 documents since version 3, which does not work on Windows 98 without installing things such as KernelEx and introducing instabilities into the system. OpenOffice 2, on the other hand, supports Windows 98 but does not open DOCX file. This seemed like a dead end until I came across Go-oo, a discontinued free office suite forked from Open Office that runs on Windows 98 with limited support for Office 2007 file types. The last version to support Windows 98 is 2.4.1, but a working download link is very hard to find. The mirror link that I found does not work and only version 3 is available on most download sites.

After a lot of efforts I found a Chinese version of Go-oo 2.4.1 which is able to run on Windows 98 and open DOCX files just fine. As there was no menu option to change the language to English, I investigated the possibility of doing so manually by installing Open Office 2.4.1 portable English version and then using Total Commander to compare the directory structure between the English version of Open Office 2.4.1 and the Chinese version of Go-oo 2.4.1. The only major difference that I noticed is the language resource files located in the App\openoffice\program\resource folder. I then copied all English language resource files from the official version to the same folder in the Chinese version. Take note that resource file names should end with the language code,  e.g. abp680en-US.res or abp680zh-TW.res. Finally, from the Go-oo 2.4.1 folder, run the following command

After restarting Go-oo, the user interface language has been successfully changed to English! Most DOCX documents can now be opened with no issues, although certain graphics may be lost: 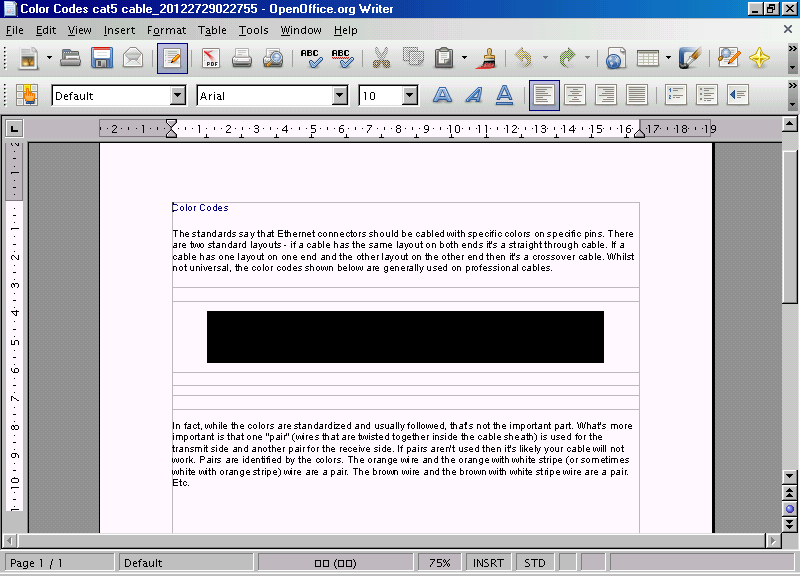 The original document looks something like this on the latest version of Microsoft Word: 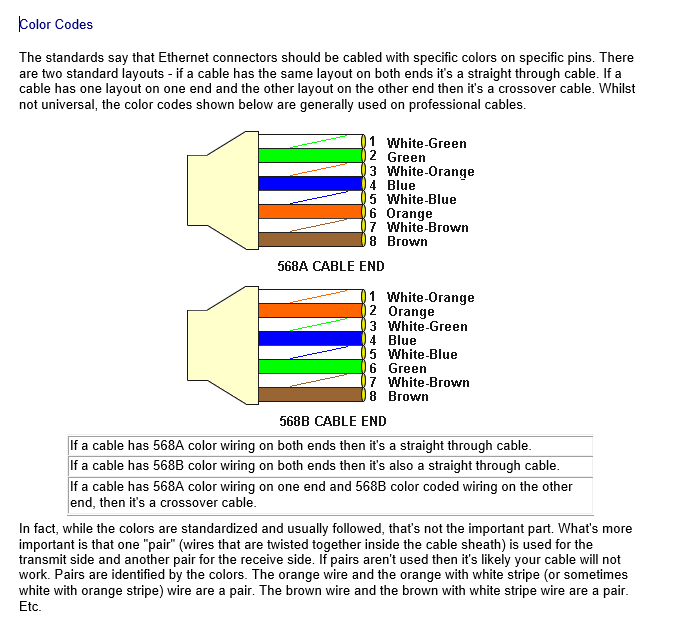 XLSX and PPTX documents work fine too, although complicated PowerPoint documents might take a long time to open. On my 500 MHz Pentium III machine, it took a good 5 minutes to open a 12-slide Powerpoint file with mostly graphics. Pictures within PowerPoint slides are not discarded and still render properly, albeit slowly. Files with mainly text content can be opened much faster. Once opened, typing within the document is reasonably fast with no lag observed.

This is the About dialog of Go-oo office, also shown in English:

Go-oo does not support saving to Office 2007 format, so although you can view your Office 2007 documents, you will be prompted to save them as a normal DOC/XLS/PPT file instead. Still, this is the only working solution I can find and I am happy with it. I have tried QuickViewPlus which simply did not work. The only other alternative is to install Linux, which defeats the purposes as I want to use the laptop for DOS and Windows gaming.

In case you are wondering, merging files in the opposite direction, e.g. copying whatever files responsible for handling Office 2007 formats from Go-oo back to Open Office, is not feasible. To support Office 2007 format, the Go-oo developer has made various modifications across many different files. I tried this route but only ended up with OpenOffice crashing or showing corrupted document content. I concluded that transferring English resources to the Chinese version is a much better approach and works well for my needs.

The modified English version of Go-oo version 2.4.1 with Office 2007 and Windows 98 support can be downloaded here.

One thought on “Opening Office 2007 documents on Windows 98”