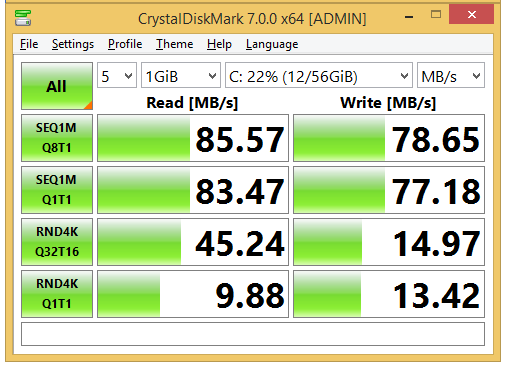 I received the HP Stream 14-bs153od 14″ laptop with 64GB eMMC and 4GB RAM from a friend and spent a few days experimented with it. Long story short, this laptop is a waste of money and should not be available for sale at all! The default Windows 10 installation with automatic updates enabled quickly ate up the 64GB eMMC space within a couple days and the CPU usage reached 100% most of the time, with the majority of usage consumed by resources-hungry Windows updates background processes. At that point the laptop became unusable and a re-installation, perhaps using a lighter operation system such as Ubuntu, was in order.

I took the opportunity to disassemble the laptop and find ways to upgrade the memory as well as storage capacity by adding SATA or PCI-e drives. Upgrading the eMMC is impossible as the memory chip is soldered to the motherboard. Noticing the presence of a DDR3 memory slot, an mSATA slot and a SATA slot, I quickly bought a 8GB DDR3L laptop memory module as well as a 256GB 2.5″ SATA SSD drive from Amazon, hoping that the upgrade would be a breeze. Unfortunately, after a successful upgrade to 8GB RAM, the laptop refused to recognize the fully functional SATA drive no matter what I tried. There is no option in BIOS to configure disk drives and neither Windows nor Ubuntu would recognize it. The SATA drive would not show up when booting in recovery mode either. This is in contrast to what I have read about the HP 14-an013nr model on which various users have reported successful installation of SATA disk drive. Under various device manager software, the SATA controller would not show up, which would lead me to think that it has been disabled by the firmware. An ambitious approach is to download the BIOS for the HP 14-AN013nr which appears to support SATA upgrade and forcefully flash it onto this laptop, which might end up in bricking the laptop should the process fail, and is not something I would like to attempt. There is also an mSATA slot on the board, but given the observations, I do not think that an mSATA drive would be detected either unless the SATA controller is somehow enabled.

The laptop is using InsydeH2O BIOS version F.40 with a system board ID of 8322. I found the steps to enable advanced menu on this BIOS here:

1. Press F2 to load BIOS.
2. Once the BIOS is loaded, press FN+Tab
3. Now press F10, save the changes and exit.
4. On reboot, press F2 again and now you will have the advanced menu enabled

Unfortunately the advanced menu did not show on my laptop no matter what I tried. There are also some hopes of modifying the feature byte of the BIOS to enable certain features, but how to do so is not documented. The HP BIOS Configuration Utility is able to extract certain parameters from this BIOS but does not seem to support anything related to the feature byte. In any case, without proper documentation, any attempt would just be a shot in the dark and run the risk of bricking the device.

Without flashing the BIOS, there is not much hope in making this laptop detect the new SSD. By running the flash utility for the 14-AN013nr laptop and telling it to extract the BIOS file to a file, and then using 7-zip to extract the resulting 8MB 022EA.bin file, I was able to see the BIOS directory structures, consisting of several .efi files (among others) and several sub-directories. By connecting the SATA port to a traditional mechanical hard disk drive and using the “Boot from EFI file” option on the extracted SataController.efi file, I could make the BIOS initialize the hard disk drive, as typical hard disk motor initialization noises could be heard. or at least that is what I thought. The same effects probably happened for the SSD but no noises could be heard since the SSD has no moving parts. No such noises could be heard upon startup, which indicated that the default BIOS omitted the SATA controller initialization phase. That said, nothing much further was achieved through attempting to boot from the EFI files. For other files I tried, the laptop either froze or showed a distorted screen and the machine would complain about loss of BIOS data after a reboot. Still, I believe the SSD can still be detected if someone knows the exact EFI code to use or modifies the 14-AN013nr BIOS to work with this laptop. I ended up selling the 256GB SSD drive to a local buyer.

Given that storage upgrade is out of the question, I can only make do with what I have. I decided to install Windows 8.1 Single Language Lite edition, downloadable from various sites, which consumes a mere amount of 7GB disk space for a complete installation, leaving a lot of free space for other apps. Windows updates and swap memory is disabled by default, which is a good thing. Turning Windows features on or off is also disabled in Control Panel, which is something I can live with given the limitations of the laptop. Most drivers including sound, wireless and Ethernet are detected. The integrated graphics card does not have drivers for Windows 8.1 but works fine at 1366×768 resolution using Microsoft Basic Display Driver. The HDMI port also works in duplicate mode but does not support hot-swap which means the HDMI cable has to be connected before turning the machine on. The only downside is that, if CHKDSK is run as startup, the display would be distorted presumably due to lack of graphics drivers, until CHKDSK completes. To workaround this, I simply disabled CHKDSK.

Printing support is broken and is replaced with a simple LPR client to print PDF/PS file to my networked laser printer. SAMBA v1 (used by many routers) is not included so you can only access SAMBA v2 shared drives. The default MIDI synth is also broken and I ended up using VirtualMIDISynth to play MIDI files. Still, surfing web, playing videos and simple games work well and the laptop is now amazingly fast as automatic updates, the root of all evil, has been disabled. This is the desktop of the laptop showing various portable apps including Open Office, MySQL and PHP: 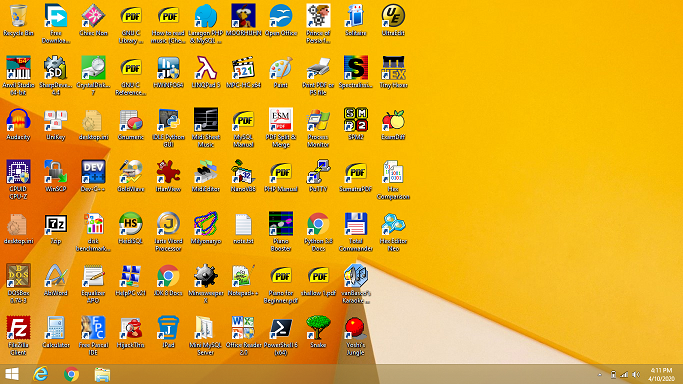 This is the machine configuration: 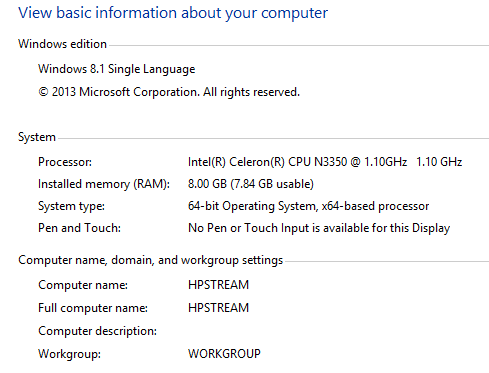 The SD card reader shows a read speed of 25MB/s under CrystalDiskMark on a 128GB SanDisk card: 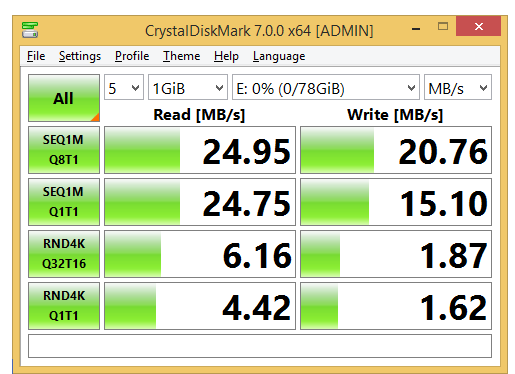 The eMMC speed is better at 85MB/s read speed, but still slower than most SSDs:

For the record, Windows 7 cannot be installed on this laptop as the setup utility does not have drivers for the eMMC interface. It might work if you install Windows elsewhere and use Clonezilla to clone the installation onto the eMMC, like what I did here. I have no interest in Windows 7 however.

My next attempt is to install Ubuntu 18 on an SD card connected to the card reader slot. To allow data sharing between Windows and Ubuntu and keeping in mind that Windows will only mount the first partition of any removable device, the first partition of the SD card is an NTFS partition, readable by both OSes. Ubuntu will then be installed onto the second partition. A small partition of size 512MB should be created on the eMMC for the /boot partition containing the Grub bootloader. This is needed otherwise Grub won’t be able to boot Ubuntu since this BIOS does not report the SD card as a hard disk drive. Grub should be set to boot in text mode otherwise the boot menu display might be distorted. With this setup, Ubuntu installs fine and works well. All drivers including Bluetooth and graphics are supported and the HDMI port can now work in extend display mode under Ubuntu.

With both Windows and Ubuntu installed and 8GB of RAM, the laptop becomes a lightweight laptop that can still be useful for those who understand the limitations. Still, I believe one should not spend his hard earned money on this machine. With the same amount of money you can buy a few second-hand Intel Core-i5 laptops that outperform the HP 14-bs153od and should still work well for many years to come.