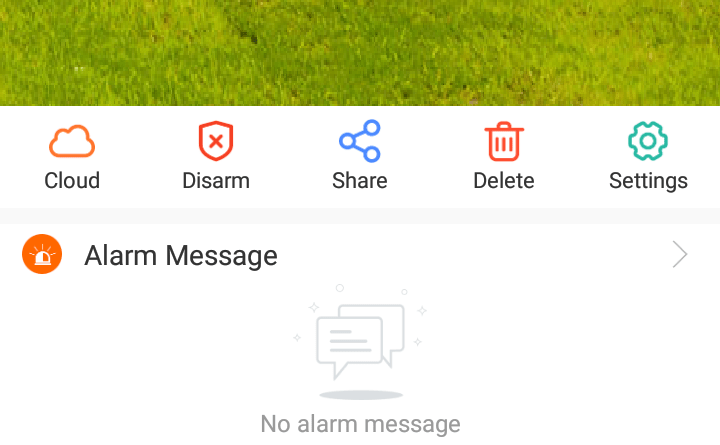 The V380 Pro wireless CCTV camera is available from many sellers on AliExpress for as low as 15USD. It has 10 IR LEDs which cannot be disabled and supports night vision pretty well. My unit looks like the following picture: 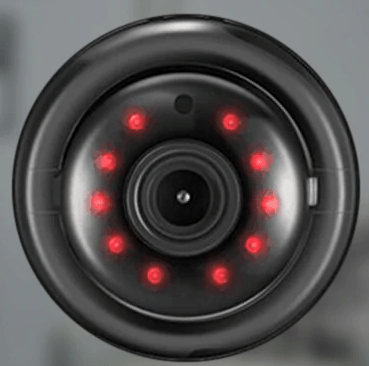 As there is no Ethernet port on this camera, the initial configuration, which is rather complicated, needs to be performed wirelessly via a mobile app: 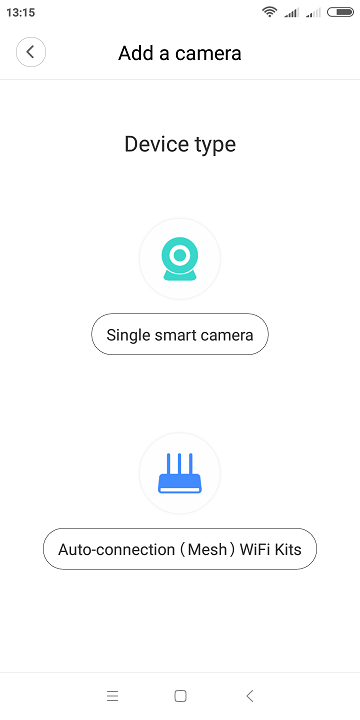 The process is described in poor but understandable English in the user manual. Basically, the camera needs to be reset and put in search mode, which would create an unencrypted adhoc wireless network with a predefined name, e.g. V380_XXXX. On Android, the mobile app, when put into search mode, will attempt to connect to any such open wireless network and locate the camera on a pre-defined IP address. If such a device found, the user would be prompted to enter the credentials of the home wireless network, which will then be exchanged with the camera via the open adhoc network. From that point on, the camera will connect to the home network using the provided credentials and the open adhoc network connection is terminated. On iOS, user will have to manually connect to the camera’s wireless network as wireless management is not possible from third party apps.

Once successfully added, the camera can be viewed from the app main page: 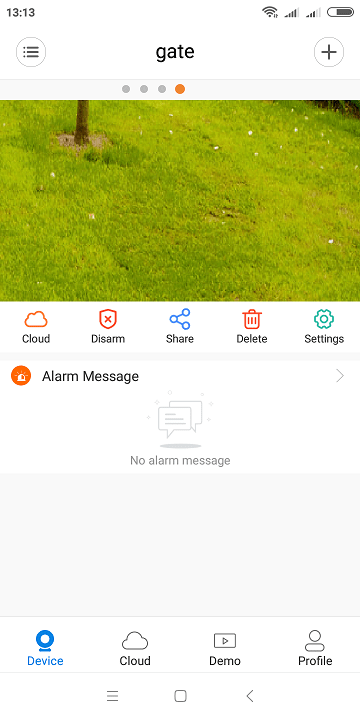 Each camera has its own ID, printed at the back in the form of a QR code. Once configured, the camera can be added to any V380 app by entering its ID or scanning its QR code. I would however advise against using the cloud functionality of these cheap cameras for any serious purposes, as it is unknown where the footage is uploaded to. In my setup, the router is configured to only allow local network access for these cameras (Internet access is disabled) for security reasons. The mobile app can still access the camera and view the live stream without contacting the cloud server.

SD card usage and some simple settings such as video recording quality as well as whether to record audio can be configured from the app. Continuous recording, if enabled, will allow the camera to record videos 24/7 (which is the default). Event Recording will only record if motion is detected. As the motion detection algorithm is poor, I would suggest enabling continuous recording whenever possible. Out of the box, this camera does not support RTSP via port 554. To enable RTSP, perform the following:

1. After successful configuration, turn off the camera, remove the SD card
2. Create a file name ceshi.ini on the SD card with the following content:

3. Insert the card and restart the camera. After some English and Chinese speech is heard from the camera, wait a minute before turning the camera off.
4. Remove the card and delete the file ceshi.ini, insert it and restart the camera
5. RTSP would be accessible at this point via the following URL (where user and password are the credentials). Multiple streams with different resolutions might be available depending on your unit, replace 11 with 12/13/14/etc to experiment.

6. To be sure RTSP still works, reboot the camera and try again.

Although the settings page contains options to set static IP, attempting to do so will result in loss of connection and require a factory reset. I suggest setting static IP for this camera on your router instead, while leaving DHCP enabled on the camera itself. Night vision picture quality is satisfactory, even if the IR LEDs sensor might not switch fast enough under certain circumstances. Unlike the Floureon camera, frame snapshot is not supported and can only be done via a third party tool such as FFmpeg. There is also no web, FTP or telnet access to the footage, so whatever stored on the SD card would be useless unless the camera SD card is removed for inspection. I ended up using a separate Raspberry Pi running FFmpeg which constantly captures videos from the camera and make them available for local access.

There is no configuration option for NTP server and no integrated battery to store the time on this camera, so the camera time will revert back to 1980 after a reboot following a power loss if access to the manufacturer NTP server is not available. I have yet to find a solution for this issue, which frequently occurs in my setup as the camera is not allowed to access the Internet for security reason. The unexpected change in time might cause FFmpeg to hang while recording the RTSP stream and introduces the need to restart FFmpeg if a hang is detected (e.g. recorded file not updated for more than a few minutes). A simple workaround would be to start the mobile app under such circumstances and access the camera from the app (which might require several attempts), which would then set the time correctly again. An approach would be to perform a careful study of the network traffic to find out the exact NTP server being used and whitelist it on the router, or perhaps reverse engineering the mobile app to find out the protocol needed to set the camera time remotely. Neither is worth the efforts in my opinion.

During my research I found an experimental firmware for this camera which you can download here.  I have not tested it so try at your own risk. A related discussion can be found here.

Despite the limitations, the V380 is still a good camera for casual use. If you want to get one, read the seller’s item description carefully and make sure you are getting the exact same model. A lot of Chinese sellers are selling similar cameras under the same brand name; many of them bearing little or no resemblance in terms of features to the unit I tested here.