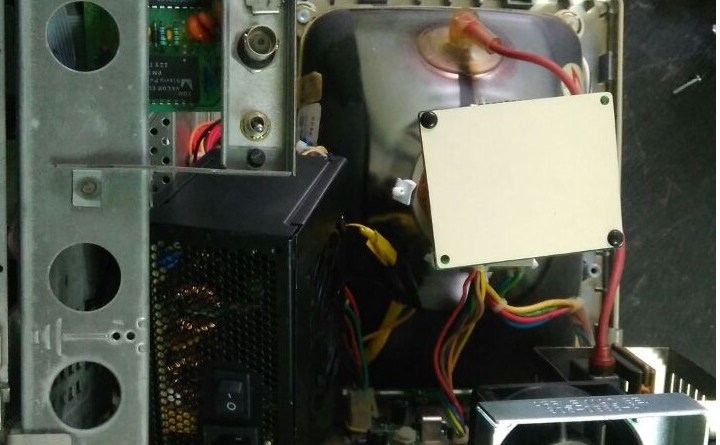 I was using my vintage Macintosh SE when it finally died – there was a loud bang followed by columns of smoke, and the screen turned off. I quickly pulled the power cord and waited a few minutes before I disassembled the machine, locating the faulty power supply unit: 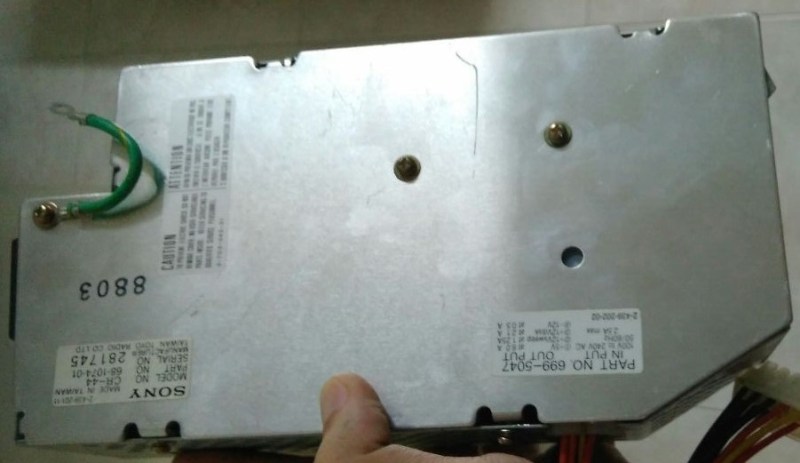 The most likely culprit was the RIFA line filter capacitors well known for causing these kinds of dramatic failures. Not bothering to repair the antique power supply, I decided to replace it with a modern ATX power supply, perhaps with some modding of the connectors.

The first part is to find the pinout of the Macintosh SE power supply, which is available from here. The color-coded 10-pin power connector is described below:

Just for reference, 5V (orange) is used for most of the logic chips while -12V (green) is for the audio and serial ports. The connector also provides two independent 12V rails, via pin 5 (yellow) which is for the disk drives, and via pin 10 (red), labelled as 12V SWEEP, for the CRT circuitry. The reason for the independent rail is to avoid electromagnetic interference on the CRT circuits which may cause problems reading/writing to the drives. The ratings of the different rails should be printed clearly on the power supply. Mine reads +5V @ 6A, +12V SWEEP @ 1.25A, +12V @ 2.1A, -12V @ 0.5A.

Finding a modern ATX power supply which satisfies the above ratings should be a breeze. One word of warning is that some compact power supplies may not provide enough current on the -12V rail (e.g. rated at -0.3A instead of -0.5A), since this voltage is rarely used by modern motherboards. Check the voltage ratings of your ATX power supply carefully, using this as a guide, prior to using it for your Mac SE. Also take care to verify all voltages and pinout before making any changes, as your Mac SE could have been modified or the color codes could have faded over time.

This is the pinout for the 24-pin and 20-pin ATX power supply connectors:

Some ATX power supplies provide another 12V rail on the 4-pin molex connector for the CPU power:

I reused the old 10-pin connector and connected it to the ATX power supply output, after swapping the wires to make sure the voltage output matches the pinout. I connected the 12V from the molex connector (also known as 12V2) to the 12V SWEEP rail, and the other 12V (aka 12V1) to the normal 12V rail on the SE connector. However, if your power supply does not have the 12V2 rail, you can simply connect 12V SWEEP to 12V1, which should still work just fine. This is because the separate rail design is for older power supplies which may be susceptible to electromagnetic interference. In all likelihood, your ATX power supply with a modern design should not be affected, rendering the separate rail design unnecessary as far as the SE is concerned.

And of course, for the power supply to turn on, you should connect pin PS_ON (green) to GND.

With the connector made, the next issue is fitting the new power supply into the SE case. To solve this, I chose a small ATX unit and placed it under the original space reserved for the hard disk (the original hard disk has been replaced by a compact SCSI2SD module): 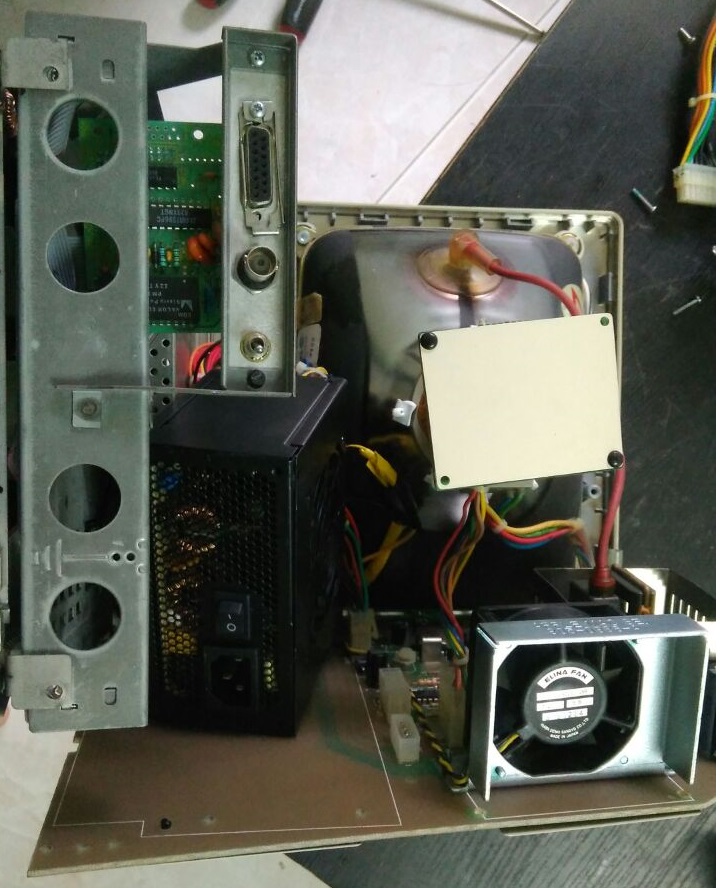 Another problem is a lack of mechanical power switch on modern ATX power supplies. Even if there is one, it will not fit nicely with the SE case. One way to solve this problem is to connect a switch between PS_ON and GND to turn on and off the SE nicely without having to pull the power cord: 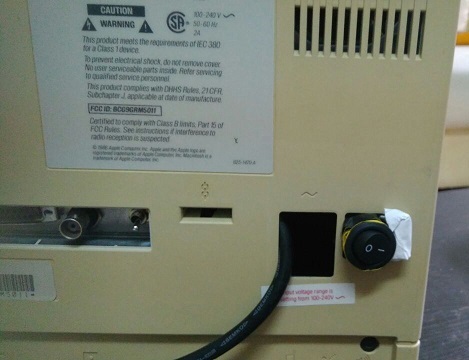 With the new power supply, the Mac SE is now able to boot properly. It’s back to life again: 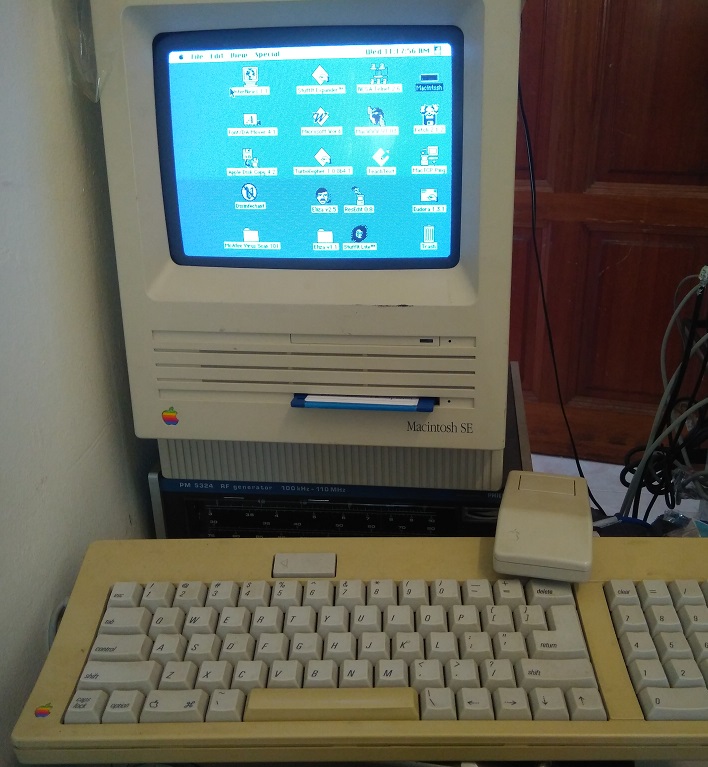 The only inconvenience is that the AC power cable now runs through the case to the ATX unit and the machine has to be moved around with the cable attached! When I have some free time I will buy IEC sockets from eBay and make it look nicer, but otherwise the setup should be good enough for now.