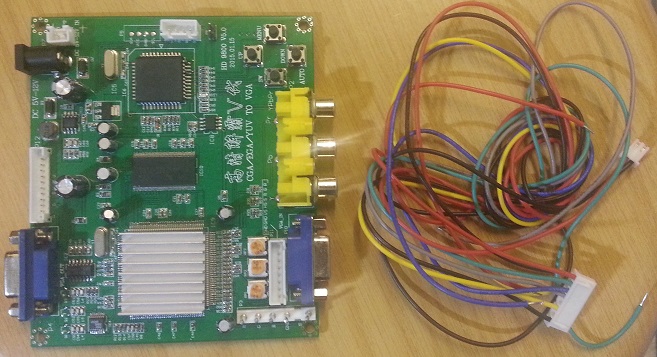 In an attempt to display the Amiga 500 15kHz VGA output signal nicely on a my LCD monitor, I bought from eBay the HD9800 module, designed to convert CGA/EGA/YUV video to 30kHz VGA signal, which can be handled by most modern displays. The module arrived after 2 weeks – it looked neat and came with some cables:

The board accepts 5V-12V @ 2A DC input, which is then fed into a voltage regulator connected to the components onboard. The following types of input signals are supported:

A diagram showing the input/output ports and other components of the board can be found on page 2 of the manual: 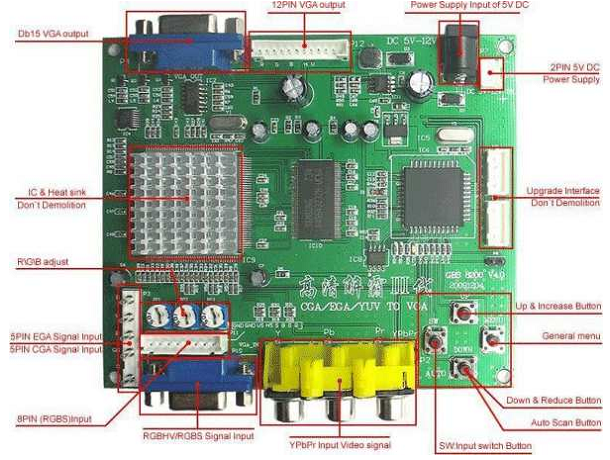 Perhaps unsurprisingly, some Chinglish can be found on this diagram and throughout the manual. For example, the remark next to the heat sink reads, “IC & Heat Sink – Don’t Demolition”, which probably means “don’t remove the heat sink” since it is needed to avoid component overheating.

The board produces 30kHz VGA output signal via a DB15 port and a 12-pin interface. It boots up nicely showing a Chinese logo on the VGA port once power is supplied: 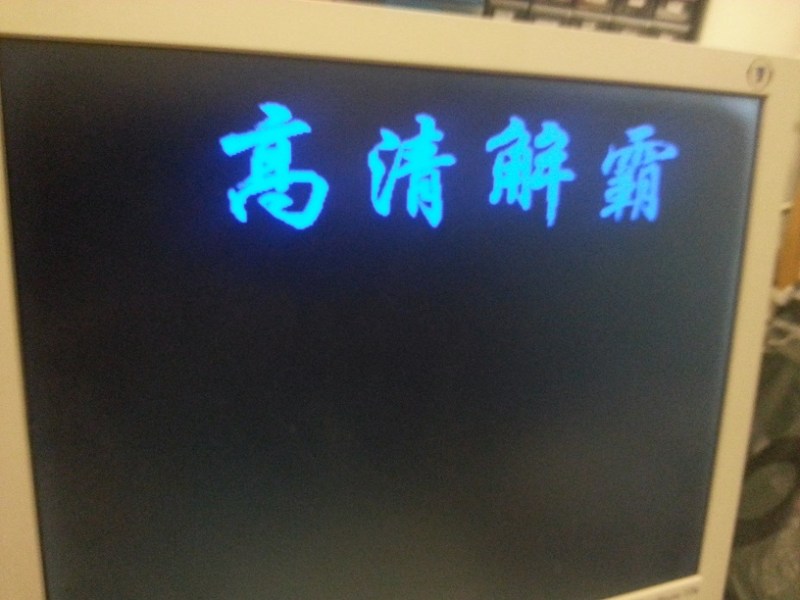 A few seconds later, the setting menu will be shown. Default language is Chinese but can be changed to English easily: 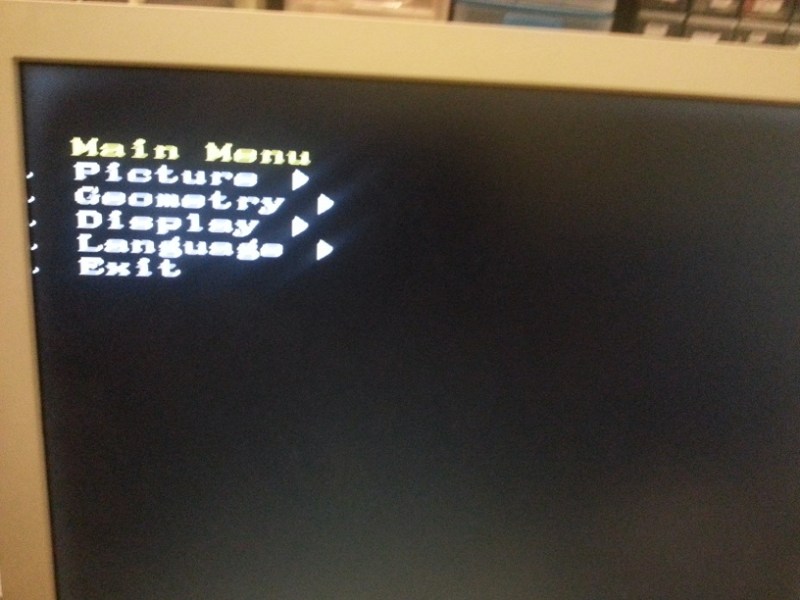 Somewhat disappointingly, there is nothing much to be configured on this menu, except to change picture geometry, input source, and language. The menu can be operated using the push buttons on the board. If the menu is not being shown, some of the push buttons will have different functionalities such as changing the input source or resetting the board configuration.

In my experiment with this board, I tried with different types of input:

Sad to say, none of my experiments worked. For the Amiga 500 , the board flickered between a distorted screen that somewhat resembled the original VGA output and a “No Signal” display. When it managed to display, the screen seemed to scroll either horizontally or vertically and was unusable. The color display seemed to be correct, however, but can be changed in any case using the RGB trimmers next to the DB15 input port.

With the RGBI input from my Commodore 128, the board appeared to hang and needed to be reset. The board did not seem to detect the Atari 520ST high-res VGA output signal in my attempt and simply showed “No Signal”.

In the end, I could not get this board to work at all and gave up. I resorted to getting a modern monitor that supported 15kHz VGA input (not that hard to find, if you know where to look, for example here and here). In my case, I bought a 24-inch Dell monitor with capacitive touch panel that still works well with 15kHz VGA signals. Obviously the touch panel cannot be used on these retro computers unless somebody writes drivers for it, which requires at least a micro-controller acting as USB host and doesn’t seem to be feasible any time soon.

The user manual for the HD9800 GBS8200 module can be downloaded here.